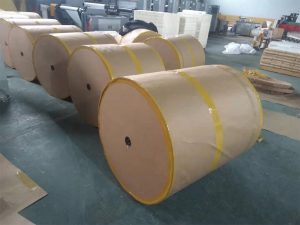 Our March outlook for Indian newsprint demand was pessimistic, anticipating a fall in consumption to 1.5 million tons in the financial year 20-21 ending 31 March 2021. However, although we anticipated the tsunami of the Covid-19 pandemic and other economic factors, it is far worse 90 days later. We forecast a further drop in demand of another .5 million tons for newsprint by the country’s news publishers.

In March-end, we wrote, “A tsunami has descended on us with a vengeance. The current situation will call for every bit of resourcefulness by the Indian news publishers and newsprint buyers to weather the storm. For the first time, India and the world face a large number of simultaneous negative situations, including the Coronavirus outbreak. The latest news is that Russia joins the comprehensive list of stricken countries and regions where business and everyday life are coming to a standstill!

“The price of crude oil price has slumped from US$ 54 to US$ 25 a barrel in the 20 days from 1 March 2020 to 20 March 2020. Largely a consequence of excess demand in the face of halting economic activity, it is a power play to control the price and production of this crucial commodity by major producers Saudi Arabia and Russia.”

The Indian newsprint demand situation continues to be abysmal to the extent that one can say that there is no current demand. With zero or minimal advertising, the ad revenue is reduced by close to 90%. Several publishers have discontinued editions in either cities or languages where there was no circulation. With minimal pagination of the dailies that are printing, and generally without supplements, consumption of newsprint has dropped by 60%. Apart from salary cuts, there have been extensive layoffs of journalists and other personnel by print media organizations.

The English newspapers are the worst hit, and some of the regional dailies comparatively better placed. The Metropolitan area demand has fallen more sharply than the regional or rural market. Large cities such as Mumbai and Pune are severely affected with lockdowns being lifted very partially and slowly, even in June.

Although some dailies in South India have suggested that they have been able to maintain circulations, it is more likely that they have merely maintained readership. Advertising revenues are universally abysmal. Newspapers in Western and Northern India predominate consumption in a ration of 2 to 1 in comparison to South India dailies.

In cities such as Mumbai, there have been no home deliveries while in Pune delivery is partial, and in Delhi, newspaper deliveries resumed at the beginning of June. Many housing colonies, gated communities, and high rise buildings have forbidden deliveries leading to a 50% drop in circulations in metro cities. Simultaneously, television and Internet news media consumption has increased with several banks distributing a choice of newspapers and magazines to their account holders by eMail each morning.

The new normal is a year away

It will take a year for the industry to recover to normal, or what is being described as ‘the new normal.’ The publishers or newsprint buyers have massive stocks in inventory, which should take care of their requirements over the next six months.

In the meantime, logistics have not returned to normal, and truck-trailer costs have increased by as much as 50%. Transport charges are sky-rocketing, and ocean freight rates have increased.

Raw material availability, which was a challenge for Indian newsprint mills even earlier, has been very severely affected by the Covid-19 pandemic and the ensuing lockdowns. Newsprint production at many mills is stopped indefinitely, while others have switched to other grades of paper. Sales are very low for most suppliers from Russia, Eastern Europe, North America, Asia, and Australasia.

There are some delays as far as container and vessel suppliers, which make last-minute urgent supplies impossible. Two months’ notice is now required for timely shipments.

Price is no longer the issue due to virtually nil demand! For all the above reasons, there will be no visible effect on prices in H2-2020. Most buyers will only purchase 30% of their regular or historical quantities.

However, North American and European newsprint suppliers will not sell cheap even though markets will remain depressed until December 2020. As far as the effect of the lower price of oil, which is starting to creep upwards, there will be no effect this year. Despite the substantial reduction of oil prices this year, shipping rates have gone up, as shipping lines are starved of business and have raised freight rates. The effect of lower demand and lower oil prices is expected to be felt only in 2021.