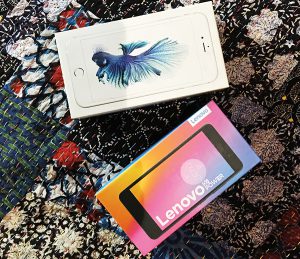 According to a report released on 22 August 2018 by the India Cellular and Electronics Association (ICEA), mobile phone production is expected to reach Rs. 1,65,000 crore (approximately US$ 23.57 billion) in the current financial year ending March 2019, while the import of completely assembled cell phones is likely to further reduce by 5 to 7% in the same period.

The ICEA report claims that the growth of mobile device manufacturing or assembly in the country has saved an estimated outflow of approximately Rs 3,00,000 crore (approximately US$ 43 billion) in the last -four years. “The mobile handset manufacturing numbers in terms of value for 2018-19 are expected to touch Rs 1,65,000 crore and a volume turnover of 290 million during the same period. In the first two quarters itself, manufacturing is expected to cross Rs 75,000 crore and a volume of 130 million handsets,” the report said. India has become the world’s second largest mobile phone producer after China, according to FIH managing director and ICEA founder Josh Folger.

“In 2017-18, over 225 million handsets were assembled and manufactured in India, which was approximately 80% of the total market requirements. The net foreign exchange savings is estimated to be over Rs 60,000 crore [approximately US$ 8.57 billion],” according to the report.

“Mobile phone imports will trickle down to the insignificant level of around 5 to 7% of the market, less than Rs 1,000 crore per month by the end of 2018-19 and India is moving toward almost zero imports for mobile phones,” ICEA chairman and national president Pankaj Mohindroo said.

Of the 290 million cell phones to be manufactured this year in the country, estimates indicate that 125 million could be smartphones. The burgeoning manufacture and assembly of cell phones has been accompanied by a boom in hard box manufacturing not just for cell phones but also for other luxury products, including jewelry, alcohol, fashion accessories, sweets, chocolates and festival gifting. A rough guess would indicate that there about a hundred hard box manufacturers generally manufacturing single or two-piece boxes using both litho-laminated micro-flute corrugated board or Kappa, Malaysian or Indian made solid board. High quality printing is pasted on the outside surfaces and this type of packaging also often requires fitments or inserts to securely hold the products.

Another rough guess by industry research company IppStar puts the number of units with hard box making machines at approximately 150, including about 20 to 25 that can be considered major suppliers with anywhere from 6 to a dozen machines. It can be safely suggested that the number of box-making machines and accessories such as autoplaten diecutters and foil laminators are being increased in the the factories of these leading suppliers. The locations extend from Chennai, Sri City, Bengaluru, Hyderabad in the south to Baddi and the Delhi/NCR including Noida, which is becoming a hub for cell phone assembly and manufacturing in the north.