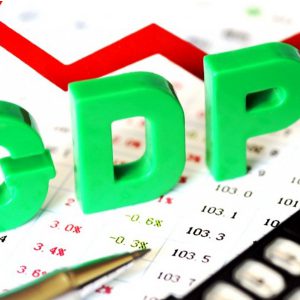 The second advanced estimates released on 28 February 2018 by the Central Statistics Office suggest that the Indian economy may finally be turning around. The quarterly estimate of GDP for FY 17-18 Q3 (October to December 2017) shows that it grew by 7.2%. Also, the Q2 GDP growth estimate was revised upward slightly from 6.3 to 6.5%. Thus, in spite of 5.7% GDP growth in Q1, it seems that economic growth is improving and the CSO has upwardly revised its GDP growth estimate for FY 17-18 from 6.5% to 6.6%.

Q3 benefi ted from 8.1% growth in manufacturing and 4.1% growth in agricultural output. While manufacturing growth is understandable and seems to some extent correlate with capacity creation continuing in the packaging industry, the higher than usual growth in agriculture is signifi cant and perhaps due to a shift in crops. In any case agricultural output, as per data and estimates released by the department of agriculture cooperation and farmers welfare on 27 February 2018, is expected to exceed targets by 3 million tons in FY 17-18 and reach 277.5 million tons. This is on the back of the record production of 275 million tons in the previous year.

Setbacks to the economy’s turnaround are still possible and subject to factors such as crude oil prices rising although the news that the US is continuing to increase its domestic oil production should obviate or moderate this possibility. The deficient rainfall this winter and the possibility of a poor monsoon could be another factor as could the government’s inability to meet fiscal targets it set for itself or even infl ation that could go out of hand in the run up to the 2019 election.

For the packaging industry that continued to invest in capital equipment even in the past two years of disruption and slowdown, there is of course the negative possibility of irrational legislation on plastic waste recycling or its irrational implementation and execution. However, as this industry seems poised to grow with major projects coming into production and others under construction, the prudent path would be for the packaging industry to more seriously engage with the government’s scientists, bureaucrats and institutions rather than only its politicians. This requires coherent industry leadership that looks across segments, technologies and materials instead of each segment or company individually and merely looking at the fast growing economy as its own personal milch cow.